The Minding Your Business Blog

Why Your Strategic Plan Shouldn’t Look Too Far Ahead

It’s a common question that shapes the beginning of many career journeys, and for individuals, that half-decade horizon can provide aspirational fuel that leads toward professional promotions and personal accomplishments. For organizations, though, the five-year plan can pave the way down a troublesome path with dead-ends and an inability to recalculate the directions for success.

“At MYB, we see many associations and professional societies that want to craft a strategic plan that looks between five and 10 years ahead,” MYB President John Folks says. “On the surface, it makes sense. Who wouldn’t want to be so far ahead of the curve and the competition? However, there are so many variables with impacts that are impossible to predict. It’s why we recommend focusing on a strategic plan with a vision that looks no further than three years.” 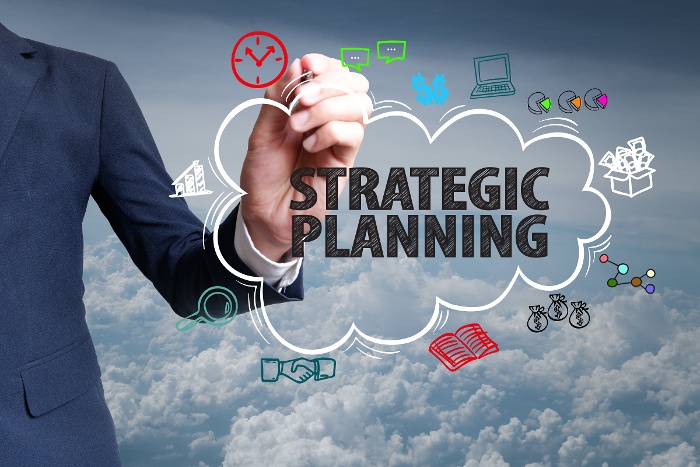 Consider an organization that laid out a five-year strategic plan in 2005. At the time, the Pew Research Center had just started tracking social media usage, and a tiny fraction of adults in the U.S. — just seven percent — used social media. Of course, posting updates, using hashtags and scrolling through news feeds weren’t fun activities on flip phones with snail-paced data speeds. That strategic plan would have aimed to shape the organization’s engagement strategy through 2010, which means that members and prospective members would have tuned out by the time many of them activated their first iPhones (2007), downloaded their first apps (2008), or posted their first Instagram image (2010).

But the wave of disruption wasn’t confined to a short period in the 2000s. Instead, it’s turned into a tsunami of technological change that includes a mile-long list of head-spinning innovations — virtual reality headsets, drones, 3D printers, WeChat, Snapchat and much, much more. These technologies do more than disrupt the expectations of members about what they want from an association. They’re impacting what those members are doing at their own offices, too.

“Over the past five years, we have worked with medical societies to confront how artificial intelligence and robotics will rewrite the rules of health-care diagnosis,” MYB CEO and CSO Max Suzenaar says, “and in the process, rewrite the job descriptions of many of the physicians and care-takers who attend their annual meetings and pay their membership dues.”

Talking About More Than Technology & Listening to Your Audience

The dangers of looking too long-term in strategic planning efforts involve more than technology, though. “You need to get a comprehensive view of the disruption that can impact an industry or a profession,” Folks says. “Consider a strategic planning discussion from three years ago. It most likely wouldn't have focused on tariffs and the potential repercussions of a trade war between the U.S. and China. The legislative and regulatory environment can change on a dime.”

Paying close attention to external factors is crucial, but the most essential ingredient in effective strategic planning is keeping a close pulse on member attitudes and preferences. “An association should be tuning into their members every 12 to 18 months,” Suzenaar says. “It’s equally important to get candid feedback from non-members, too. Regardless of who we’re surveying, we rarely look at data that’s over two years old. While we want to understand the past, we’re really looking to collect data that can help connect the dots about the current state of the association and where it should be moving to prepare for the future.”

Interested in learning more about strategic planning for your association?

Take 5 and join host Max Suzenaar, CEO of Minding Your Business, Inc., as he hosts a conversation entitled "The New Era of Evidenced-Based Strategic Planning." This 25-minute recorded event is packed with insights and thought-provoking discussion that will help move your organization to the next level.